Preparation And Precautions For Installation Of IKO Non-Standard Bearing

1. Selection and requirements for installation site

The installation site shall be at a distance from lathes, grinders and other mechanical equipment. The site shall be cleaned and kept dry and clean frequently to prevent iron filings, sand, dust and moisture from entering the bearing.

2. Check the bearing model and prepare the installation tools

If there are bumps, rust layers, wear debris, sand particles, dust and soil on the assembly surface of IKO bearing and its matched parts, one of the bearings is difficult to install, resulting in incorrect assembly position; Second, these attachments form abrasives and are easy to rub the working surface of non-standard bearings, affecting the assembly quality. Therefore, before installation, carefully inspect the surface of journal, bearing housing hole, shoulder end face, and the mating surface of connecting parts such as bushing, washer, end, etc. If there is any rust layer, file it off with a fine file and polish it with a fine abrasive cloth. At the same time, remove the attachments on the bearing assembly surface and its connecting parts. 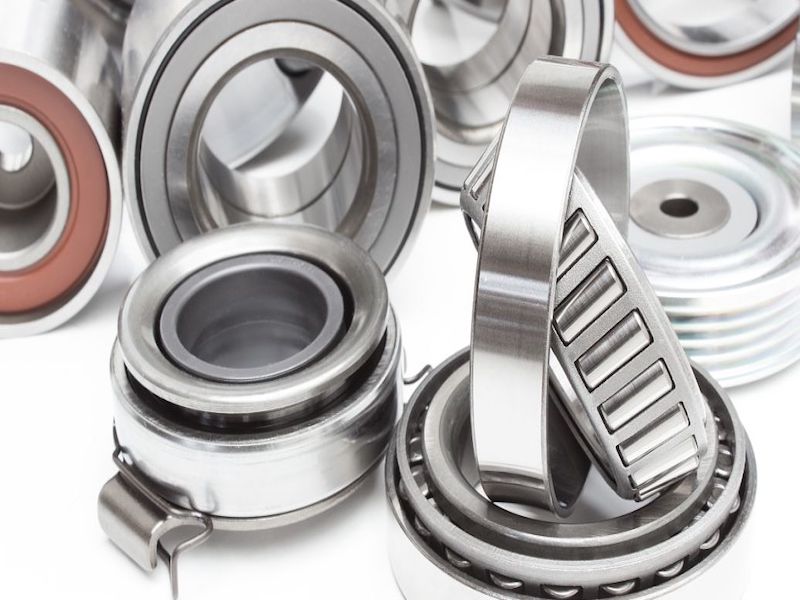 For IKO bearings with separable inner and outer rings, do not exchange the outer rings with each other, so as not to affect the contact quality. For non-standard bearings, do not take out and mix the rolling elements in the bearing arbitrarily, so as to avoid the disordered installation position and affect the accuracy. When installing IKO bearing, in order to check the bearing code and avoid wrong installation, the typing surface of bearing ring shall be placed and installed outward.

For medium and large bearings with large interference, they must be heated before installation in order to facilitate installation; For the tight fitting light metal bearing pedestal shell hole (such as aluminum bearing pedestal), due to its low hardness, in order to prevent the surface of the bearing pedestal shell hole from being scratched and roughened when the IKO bearing outer ring is pressed in, it should also be heated and installed. The heating method is generally to put the bearing or separation bearing ring into the oil tank containing clean oil, so that the oil will submerge the non-standard bearing and heat evenly.

When the temperature reaches 80-90 ℃, take it out and wipe it clean, and install it while it is hot. The oil tank can be made of 2-3mm thick iron plate. A porous iron plate is added at the height of 50-70mm from the box bottom, and the bearing is placed on the porous iron plate for heating. The purpose is to prevent impurities in the oil from entering the bearing. However, for bearings with dust covers or sealing rings on both sides, the lubricant has been added in the manufacturing, so they cannot be heated in the early stage of installation.

2. Basis for selection of cooperation