How to maximize the service life of eccentric bearing

Recently, in all links of bearing production, single or multi-point quasi-circular or oblong black spot defects are often found on the surface of bearing ring, as shown in the figure below.

In particular, single point defects are often mistaken for material defects. It is found that different from material defects, they all occur on the surface of the ferrule, with sharp and deep inside, and there is no abnormality in the internal microstructure. Further microscopic analysis shows that these defects are essentially a kind of surface local corrosion – small hole corrosion. 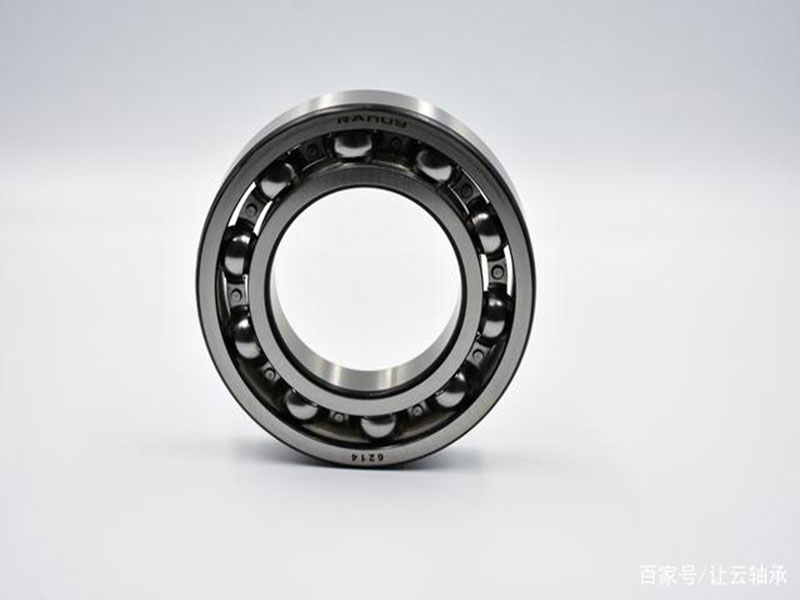 The appearance of small hole corrosion is round or oblong black (dark gray) points, and the maximum diameter is generally no more than 0.2mm, which are randomly distributed and scattered.

The spot defects were dissected longitudinally and observed microscopically. The cross-section shape of the corrosion hole was that the corrosion was perpendicular to the surface and developed in depth. After analysis, the bottom material is mainly FeCl2? 4H2O and Fe3O4 are corrosion products. Severe pitting corrosion may also be accompanied by hydrogen embrittlement or stress corrosion, so it is a very harmful defect.

The metal surface without passive film is in active dissolution state. At this time, if a certain concentration of electrolyte solution is encountered, Aggressive anions in electrolyte solution (such as Cl -) will undergo electromigration under the action of active metal surface cations, accumulate on the metal anode surface, and cause the corrosion potential of the metal electrode to rise; when the corrosion potential of the metal anode reaches a certain level and reaches the critical value for the formation of corrosion nuclei, the anode begins to dissolve, the anode current increases sharply, and pits are formed on the metal surface.

In general, small hole corrosion is not easy to occur on smooth, clean and dry surfaces. There are many reasons for the corrosion of bearing parts. The most common ones are the erosion of humid air, sea wind, sea water and sweat, The oxidation and deterioration of antirust oil (grease), as well as the failure of timely neutralization and cleaning of various chemical treatment processes (such as pickling, acid printing, etc.) between processes; at present, some areas have serious environmental pollution, acid rain and acid mist occur frequently, and the rich nitric acid and hydrochloric acid greatly increase the tendency of small hole corrosion of parts .

Two conditions must be met for the formation of small hole corrosion:

local damage of passive film on the metal surface and the presence of corrosive anions (such as Cl -) on the metal surface. Therefore, to prevent small hole corrosion of parts, first keep the surface of parts clean and avoid physical and chemical damage, and pay special attention to avoid contact with solutions containing salt (NaCl) or acid.

In the process of bearing production, small hole corrosion may occur in many links, especially in the storage and turnover links after ring turning. Sometimes, after the ferrule is turned, the heat treatment is not carried out immediately. At this time, the passive film on the surface is relatively fragile and prone to small hole corrosion; Because the machined parts are rough parts, they often do not pay attention to the necessary surface protection, provide a good storage environment, avoid bumping, and also lead to the occurrence of small hole corrosion; With the continuous storage time of machined parts, deep corrosion holes may be generated, so that grinding can not eliminate these holes.

Once a small hole corrosion is formed on the surface of the part, if its size allows, appropriate grinding amount shall be adopted to grind away the corrosion pit as far as possible without leaving any residue; The surface passive film is re established by chemical or electrochemical methods such as spraying antirust solution to prevent recurrence of Corrosion . However, it should also be noted in production that due to the deep corrosion depth and small diameter of the small hole, the removal is often incomplete, resulting in the continuous anodic reaction at the bottom of the hole and the continuous deepening of the small hole. Therefore, it is better to soak the derusted parts in the antirust solution for a period of time to improve the metal anode potential and restore the passive film on the metal surface.

Small hole corrosion not only affects the accuracy and surface roughness of bearings, but also reduces their service life and even leads to scrapping. Therefore, people should pay full attention to it. Especially in humid, hot and offshore climate environment, it is necessary to avoid such problems as small hole corrosion. The bearing rings in the processing process shall be subject to anti rust treatment in strict accordance with the cleaning and anti rust procedures. The cleaning fluid and anti rust oil (liquid) used shall meet the requirements of process and technical regulations; at the same time, the turnover speed in the production process shall be accelerated to prevent various bumps.