Remove the outer ring of the interference fit.

Set several outer ring extrusion screws on the circumference of the shell in advance. Tighten the screws equally while removing. These screw holes are usually covered with blind plugs, tapered roller bearings and other separate bearings. Several cuts are set on the housing shoulder. Use cushion blocks, disassemble with a press, or knock gently. The inner ring can be easily removed by pressure machinery. At this time, pay attention to make the inner ring bear its pulling force. The inner ring of large bearing is disassembled by oil pressure method. Oil pressure is applied through the oil hole arranged on the shaft to make it easy to pull out. The Timken bearing with large width is disassembled by the combination of oil pressure method and drawing fixture. 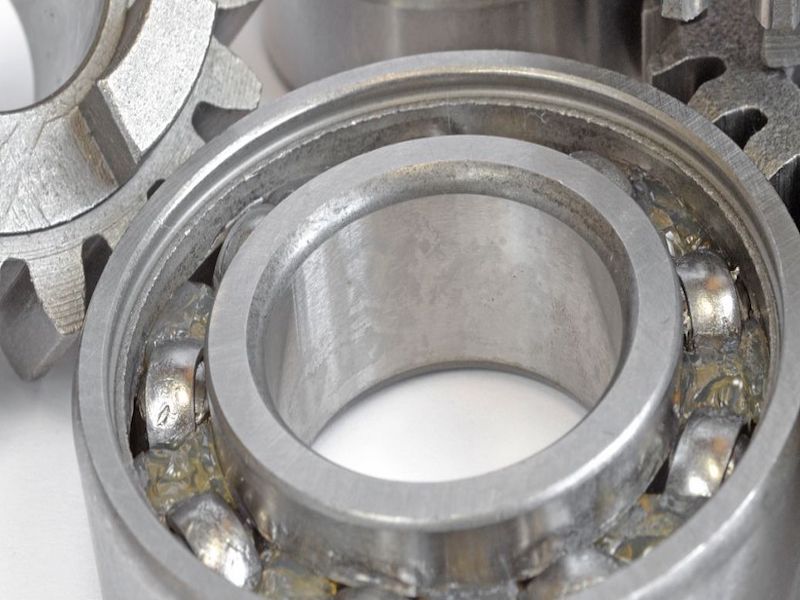 The inner ring of Nu and NJ cylindrical roller bearings can be disassembled by induction heating. It is a method of drawing after heating part in a short time to expand the inner ring. Disassemble the relatively small bearing with fixed sleeve, support the inner ring with the stop fastened on the shaft, turn the nut back several times, use the cushion block and knock it with a hammer for disassembly. For large bearings, it is easier to disassemble by oil pressure. Pressurize and send oil in the oil hole on the taper hole shaft to expand the inner ring and disassemble the bearing. During operation, the bearing may suddenly come out. It is better to use the nut as a stop.

On the raceway or rolling element surface of Timken bearing

The metal on the surface of the contact surface flakes off due to the alternating load, and gradually expands to form pits. If it continues to operate, a spalling area will be formed. Due to improper installation or the inclination of the center line between the bearing seat hole and the shaft, the local area of the bearing will bear a large load and appear early fatigue failure. Material defects and improper heat treatment, too much interference, improper combination design, such as stress concentration caused by grooves on the bearing surface, will form ferrule cracks and fractures. When external hard particles enter Timken bearing and are pressed between rolling element and raceway, indentation can be formed on rolling surface. In addition, excessive impact load can also cause local plastic deformation on the contact surface and form pits.

When the bearing is stationary, even if the load is very small, evenly distributed pits will be formed on the raceway due to the vibration of the surrounding environment. When the rolling bearing is not well sealed, dust or particulate matter enters the bearing, or poor lubrication will cause serious scratch or wear on the contact surface, and increase the vibration and noise of the bearing. When the current passes through the bearing, small electric sparks will be generated, resulting in local annealing of the contact surface and small pits or black bright spots. If the situation is serious, large pits will appear. Water or acid, alkali, salt and other substances invade the bearing or improper selection of lubricant will lead to bearing corrosion. Even if the precision bearing is slightly rusted, the bearing will be scrapped. Timken bearings, especially high-speed bearings, wear, collision and even fracture of cage at the contact between cage and rolling element or ring due to lack of lubricant.